What does it mean to build Beloved Community when we don’t have a common identity? Creating a sense of belonging among diverse people takes intention and practice. We will explore ways we can transform our understanding of inclusion by engaging with our assumptions about what binds us together.

Sunday Services are offered at 10 AM both in-person (in… 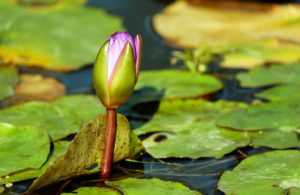 We Hold These Truths

Photo by tom coe on Unsplash

with contributions by Sally Burnell 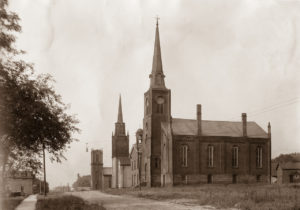 Our church was organized in the months following the end of the American Civil War and met in a variety of places, from personal homes to the City Hall of what was then known as Franklin Mills, our town’s former name. A Universalist church already existed in Brimfield, just south of Kent that was founded in 1839 (it disbanded in 1922 and merged with the Kent church), and their minister came up to Kent to preach to the budding congregation in Franklin Mills. By 1866, it became apparent that this church was eager to organize into a permanent body, and so, on May 27, 1866, nineteen men and women met in the Kent City Hall on the west bank of the Cuyahoga River, voted on and signed a Constitution, thereby officially founding the First Universalist Church of Kent. These men and women were largely drawn from the founding families of Kent, with names like Haymaker, Parsons, Boosinger, Stratton, Foote, Kelso and Olin. These gentle optimists, as they liked to view themselves, believed in the Universalist idea that God is Love and that all are worthy to be saved, not just the elect few. By founding our church, they were expressing their belief in God’s message of universal justice, compassion, peace and happiness on earth.

The church continued to meet at City Hall with its new minister in the pulpit, Rev. Andrew Willson, but began to raise money enough to build a permanent edifice. The Kent family, for whom the city would eventually be named in honor of their bringing the railroads into town, donated the land on which the church would be built. On August 23, 1868, the building was dedicated, and the church had a permanent home in which to worship. Built in the Italo-Byzantine style that was popular in its day, it featured a solid stone foundation built on bedrock from stone hauled from a quarry in Warren and was constructed from native red brick taken directly from the site of the building. It became one of three churches located along the west bank of the Cuyahoga whose tall and graceful spires contributed to the Kent skyline. The other churches were the Congregational Church, built in 1858, which still stands and is the site of an area business, and the Disciples of Christ Church, built in 1868 and dedicated just two weeks before our church, but was sadly demolished in 1942 after a newer and larger facility was built on the corner of West Main and North Mantua Streets.\u003c/p\u003e\n\u003cp\u003eIn 1889, the First Universalist Church of Kent hired its first female minister, the Rev. Abigail Danforth, who served for two years until 1891, and returned for a second term as the church’s minister in 1898, serving again until 1900. She found the church in deplorable condition and under her leadership, the church underwent a significant renovation, receiving new carpeting and repainting of the church interior, which had been dulled by years of coal dust from the furnaces. Rev. Danforth was also actively involved in the women’s suffrage movement and became a staunch advocate for women’s rights. A later successor of hers, Rev. Carlotta Crossley, who served as minister from 1903 to 1916, was responsible for the church engaging in fundraising relief for the victims of the 1906 San Francisco earthquake.

Women have long played a very active role in church affairs. A number of women’s groups have come and gone over the years that played a variety of roles in church life: The Clara Barton Guild, The Association of Universalist Women, the Women’s Universalist Missionary Association, the Helen Gilson Society and most recently, the Abigail Danforth Society, our current women’s group.

Our church played a significant role in the founding of both Kent State University and the University of Akron. Elmer France, a Kent businessman and prominent supporter of the First Universalist Church of Kent, was chairman of a three person committee that was responsible for convincing the Normal School Commission to build a teacher’s training school on the William S. Kent farm site located on East Main Street in 1910. Other members of the committee are names long familiar to Kent residents: Duncan B. Wolcott and Martin L. Davey. After an initial struggle to convince the Normal School Commission of the worthiness of the Kent farm site, the city of Kent won the honor of building one of two Normal schools in the northern half of the state. Bowling Green State University was the other teacher’s training school built in the northwest part of Ohio. France’s daughter Marjorie France Fessenden, great granddaughter of church founder James D. Haymaker, became a pillar of our church and with Elmer France’s help, prevented the church from disbanding and closing its doors during the Depression years. Our social hall is named for her.

The University of Akron started its life in 1872 as a Universalist college known as Buchtel College for its main benefactor, John Buchtel, a prominent Akron businessman and philanthropist. Buchtel and his wife had once been members of the Kent church but would eventually move to Akron and attended their Universalist church in that city. In the early 1870’s, Kent had been one of three cities under consideration for the site of a Universalist college in Ohio, the other two being Oxford and Mount Gilead. Oxford was rejected outright due to its surfeit of schools and Kent lost the honor due to its reputation as an unhealthy place due to frequent fever outbreaks. Mt. Gilead was on track to win the Universalist college, but the Rev. Andrew Willson, Kent’s minister, was determined to see a Universalist college in Northern Ohio. It was through his efforts that Akron would win as the site of the new school.

In 1961, a merger between the Universalist and Unitarian denominations occurred, and our church would, in 1965, be renamed the Unitarian Universalist Church of Kent. During the turbulent year of 1970, a young theology student from Oberlin College, William F. Schulz, was called to our church’s pulpit as minister. He was only 20 years old, but mature beyond his years and moved easily among the congregation, largely made up of members of Kent’s academic community. During this time, a coffeehouse met in the church basement called the Yellow Unicorn and people gathered there to discuss draft resistance and to witness against the war in Southeast Asia. A fledgling environmental movement began in the church basement as well that would lead to the founding of the Kent Environmental Council.

The church also served as a site for a food co-op that would spawn one of Kent’s longtime downtown businesses, the Kent Natural Foods Co-Op. But it was the tragic shootings on the Kent State campus on May 4, 1970 that would put Schulz, and the church, in the national spotlight. The church decided not to pay its telephone tax as a method of war resistance, defied Mayor Leroy Satrom and County Prosecutor Ron Kane’s order forbidding more than five people to meet by holding a memorial service for the slain students, and passed three resolutions: one censuring President Nixon, one demanding civil liberties from the Mayor and County Prosecutor and one demanding the immediate withdrawal of troops from Southeast Asia. More recently, our church has passed resolutions against the death penalty and against the use of torture against anyone for any reason. Rev. Schulz’s tenure at the church would end after 20 months, but he would go on to greater work as the head of the Unitarian Universalist Association and then as Executive Director of Amnesty International USA, a position from which he recently retired.

Our church has remained in its original edifice throughout its entire history while other churches have demolished their original structures and moved on to larger campuses. While some physical changes have occurred to our building over the years, its basic structure remains the same. In recent years, our church has undergone some significant renovation and restoration and is probably in the best shape it has been in since it was built. Our spire is gone, the result of a windstorm in the early 1920’s, but our belfry still sports a solid bronze bell donated by the Stratton family in 1882 that has been rung several times recently to call congregants to worship on special occasions.

We are currently undertaking a building expansion project, to create new space for our congregation, and restore and renew our historic building.