They Are With Us Still

John Lovejoy Elliott wrote: “The love that was once born can never die.  For it becomes a part of us, of our lives, woven into the very texture of our being.”  In keeping with the many spiritual traditions of remembrance during this time of the year, we will once again remember and honor our beloved dea…

It has been revealed in the news and in a documentary titled “The Social Dilemma” that Facebook has a series of algorithms (sets of rules and process) designed to promote divisiveness and anti-social behavior.  As a congregation, our covenant is based on algorithms that are meant to promote values of radical hospitali… 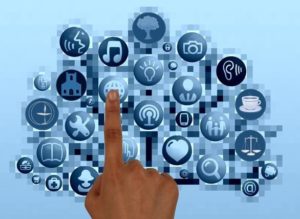 Please join us for Spiritual Cinema this Friday, April 12 at 7:00 PM. We will watch the motion picture, “The Da Vinci Code” (2006). The movie is 174 minutes and will be followed by a short discussion of some of the topics raised by the movie. This month we will be screening the movie in Dan Flippo’s home, 2650 Easthaven Drive, Hudson OH 44236. Please RSVP to Dan at [email protected].

Since it is Easter, I thought it would be interesting to watch a movie that brings up many controversial questions about Jesus Christ.  For two thousand years there has been a debate over whether Jesus Christ was a man, god, or both.  Originally, the term “Unitarian” was intended to be an insult of American liberal ministers who questioned the holy trinity concept of the Father, Son, and Holy Ghost.  Famously Thomas Jefferson created his own version of the Gospels in that time period eliminating all miracles and ending at the crucifixion   While I am aware of the creative license that Dan Brown used while writing the Da Vinci Code, I believe it is very effective at raising questions about how much of the gospels is based on historical events and whether it is possible that there are living descendants of Jesus.  Ours is a faith that welcomes these questions and I hope you will join me in a discussion of the historical Jesus after the movie.

Critics and controversy aside, The Da Vinci Code is a verifiable blockbuster. Combine the film’s huge worldwide box-office take with over 100 million copies of Dan Brown’s book sold, and The Da Vinci Code has clearly made the leap from pop-culture hit to a certifiable franchise. The leap for any story making the move from book to big screen, however, is always more perilous. In the case of The Da Vinci Code, the plot is concocted of such a preposterous formula of elements that you wouldn’t envy screenwriter Akiva Goldsman, the man tasked with making this story filmable. The script follows Dan Brown’s book as closely as possible while incorporating a few needed changes, including a better ending. And if you’re like most of the world, by now you’ve read the book and know how it goes: while lecturing in Paris, noted Harvard Professor of Symbology Robert Langdon (Tom Hanks) is summoned to the Louvre by French police to help decipher a bizarre series of clues left at the scene of the murder of the chief curator. Enter Sophie Neveu (Audrey Tautou), gifted cryptologist. Neveu and Langdon team up to solve the mystery, and from there the story is propelled across Europe, ballooning into a modern-day mini-quest for the Holy Grail, where secret societies are discovered, codes are broken, and murderous albino monks are thwarted… oh, and alternative theories about the life of Christ and the beginnings of Christianity are presented too, of course. It’s not the typical formula for a stock Hollywood thriller. In fact, taken solely as a mystery, the movie almost works–despite some gaping holes–mostly just because it keeps moving. Brown’s greatest trick was to have the entire story take place in one day, so the action is forced to keep moving, despite some necessary pauses for exposition. As a screen couple, Hanks and Tautou are just fine together but not exactly memorable; meanwhile Sir Ian McKellen’s scenery-chewing as pivotal character Sir Leigh Teabing is just what the film needed to keep it from taking itself too seriously. The whole thing is like a good roller-coaster ride: try not to think too much about it–just sit back and enjoy the trip. –Daniel Vancini
Share this: