A Fierce Love for Trans Youth

Photo by Aiden Craver on Unsplash

Ohio House Bill #454 would prohibit trans and gender nonconforming adolescents from accessing gender affirming treatment even with parental consent. We will learn more about this issue and ask how Love calls us to be fierce in the work of advocacy, education, and actio… 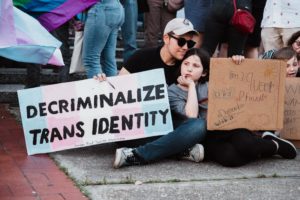 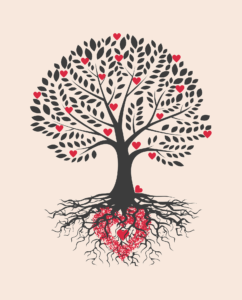 This week, Rev. Melissa, Karen Lapidus and Hal Walker are attending Summer Institute (SI).  While at SI, Rev. Melissa will check email daily and will be available by cell phone, as well

Led by the Rev. Melissa Carvill-Ziemer and Worship Associate John Marfy (with many other worship associates, too) – This special service will feature poetry. I have invited all of the worship associates who are available to choose a poem that moves them, to share the poem with us and to tell us a little bit about how that particular poem touches their spirit. Beautiful poetry and music are in store for you today. Come be filled up!

Know the Night: A Memoir, by Maria Mutch (a mother who writes about her child).

Have You Seen Those Painted Rocks Around the Church?

Those are for you – yes you!  They are a gift from the children in Summer Religious Education.  Please take one as a gift from them to you.  More “Simple Gifts” are planned all summer long.  We are making decorated placemats and fleece lap blankets for the residents at Kent Healthcare Center.   On August 10th, we will be visiting the facility to deliver the gifts and to sing songs.  Parents and caregivers of school-aged children will receive more information via email.

CALLING VOLUNTEERS TO HELP SATURDAY WITH THE FINAL CLEAN OUT AND METAL SCRAPPING AT THE MILLS HOUSE.  We need some extra hands, Saturday, July 17 at 10 AM to help Randy Ruchotzke with the basement cleaning and removal of any scrap metal.  Please where sturdy shoes or boots and bring your work gloves!

Tickets are still available for the UUCK Garden Tour and Salad Supper.  Do join fellow nature lovers as we stroll through the gardens of Gingr Vaughn, Amanda and Andrew Rome, Trish and Anatol Kwartler, and then visit two community garden sites including Freedom House, a housing facility for military veterans, and the  Kent Community Gardens.  We will end our experience at Ode to Joy, the Garden Club of Kent’s shelter for dinner and community time.

Attendees will gather at the Church parking lot at 1:30 on Saturday, July 26th to car pool to the first garden.

Interested?  Tickets are $25 and can be purchased on Sundays from Claudia Miller or Kathie Slater.

Rod and Mary Thompson are back in the Kent/Ravenna area now that Rod has completed his interim ministry in North Carolina.  They have several boxes, including wardrobe boxes available if anyone is in need.  If interested, please contact Rod.

The Patricia Pownall UU Book Group will be meeting on Tuesday, July 22 at 7 pm in the home of Chris Hurlbut.  This month we are reading The Peasant Prince: Thaddeus Kosciuszko and the Age of Revolution by Alex Storozynski .  Thaddeus Kosciuszko, a Polish-Lithuanian born in 1746, was one of the most important figures of the modern world. Fleeing his homeland after a death sentence was placed on his head, he came to America with little more than a revolutionary spirit and a genius for engineering. He quickly proved his capabilities and became the most talented engineer of the Continental Army.  A lifelong champion of the common man and woman, he was ahead of his time in advocating tolerance and standing up for the rights of slaves, Native Americans, women, serfs, and Jews. Following the end of the war, Kosciuszko returned to Poland and was a leading figure in that nation’s Constitutional movement. He became Commander in Chief of the Polish Army and valiantly led a defense against a Russian invasion. He lived the remainder of his life as an international celebrity and a vocal proponent for human rights. This definitive and exhaustively researched biography fills a long-standing gap in historical literature with its account of a dashing and inspiring revolutionary figure. In the month of August we will be reading Maine by J. Courtney Sullivan or The Bookstore by Debroah Meyler. In September we will be reading Orange is the New Black: My Year in a Woman’s Prison by Piper Kerman. If you have any questions you may contact Bonnie Harper.  All are welcome.

Last month I delivered a sermon reflecting on the terrible journeys of the many unaccompanied immigrant children coming into the United States from Central America and Mexico. I talked about my fear that they will face deportation even though the UN reports that many likely qualify for refugee status.  After that sermon, Dan Flippo suggested to me that my concern might warrant proposing an Action of Immediate Witness (AIW) at the Unitarian Universalist Association General Assembly.  The UUA Commission on Social Witness (CSW) describes an Action of Immediate Witness as a statement “that expresses the conscience and carries the authority of the delegates at the General Assembly at which it is passed.”  I followed up on his suggestion by writing to several immigration justice leaders in the UUA to ask their advice.  I was encouraged to propose an AIW calling people to an upcoming event in Washington DC focused on asking President Obama to stop the deportations.

With help from Dan, several colleagues and lay leaders as well from members of the Commission on Social Witness (including former UUCK member Susan Goekler who is chair of the CSW,) I proposed an AIW which was accepted and ultimately endorsed by the General Assembly.  Dan took video of me presenting a statement in support of the AIW which he posted to our congregation’s FB page if you are interested in learning more.

I will be going to DC to participate in the Pray for Relief Faith Summit on Stopping Deportations at the end of the month.  I’m hoping a bunch of people from Northeast Ohio will go with me and am willing to try to organize ride sharing, a van or maybe even a bus, if warranted.  Are any of you moved to attend?  Check out this link for much more information and please note the deadline to register is July 15.