Join the fun in welcoming the holiday season — holiday crafts and music to enjoy as a community of all ages.

An Order of Service is not available for this Sunday.

Join us for multi-platform Sunday service at 11 AM.  We’ll gather bothIn person and via Zoom.  For those joining via Zoom, our meeting room opens 15 minutes prior to the start of the service (at 10:45 AM) for weekly announce… 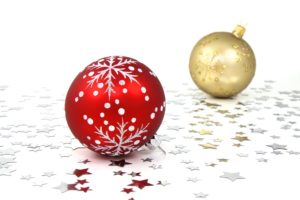 Mary Stevenson, Executive Director of the Community of Oscar A. Romero (COAR), will present COAR’s work as an example of the Catholic tradition of social justice woven from the Gospel calls to help the poor, as well as a practical and compassionate response to crisis and poverty. In 1980, El Salvador entered the world stage through a brutal civil war. On March 24th, 1980, the Catholic Archbishop of San Salvador, Oscar A. Romero, was murdered by the army while saying mass.  Later, on December 2nd, 1980, four North American Churchwomen were also murdered. All of them, along with many Salvadorans, were murdered for their defense of the poor, denunciation of the violence, and, in particular, their defense of refugees and orphaned children. Out of those dark days sprang COAR: a school, foster care facility, and clinic serving the entire impoverished community of Zaragoza, El Salvador.  COAR’s work continues today responding to the crisis of gang violence and unaccompanied minors at the US-Mexican border.