Rev. Suzelle Lynch writes: “When we join hands to practice compassion, Beauty’s heart blooms like a flower”.  Today will be a festive service as we kick off our annual Treats and Talents Auction and celebrate flower communion.  The flower communion ritual, created by Norbert…

Have you visited the Buds in BlUUm auction site yet? The silent auction bidding has begun!

Maple syrup, garden delights, vintage furniture, tasty dinners and desserts, and so much more! You’re sure to find something that you just can’t resist bidding on. The silent auction is currently open for bidding and will remain open through Saturday, May 14 at 7 PM. Then the real fun begins . . .

This year, our live auction will be held mul… 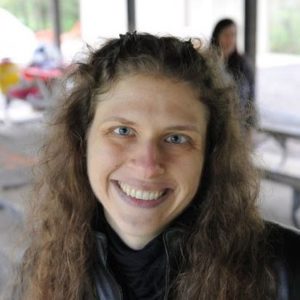 The UUCK Board of Trustees calls a Special Congregational Meeting on Sunday, May 13th in the Sanctuary between services to consider the ordination of Kristina Spaude. Kristina has been a member of the UU Church of Kent since February 2007. Having served as a lay leader in many capacities, including pastoral care, stewardship, worship associate, social justice, and as a youth group advisor, she finally answered the call to ministry and began seminary at Meadville Lombard Theological School in 2012. Kristina has since served as Director of Religious Education at SouthWest UU Church (North Royalton), Intern & Sabbatical Minister at the UU Church of Youngstown, and is currently a Chaplain Fellow at the Cleveland VA Medical Center. Her passions in UU ministry include leading worship, pastoral care, social justice (racial, disability, LGBTQ+ especially), and faith formation for all ages.

Andrew Rome
Moderator, Board of Trustees